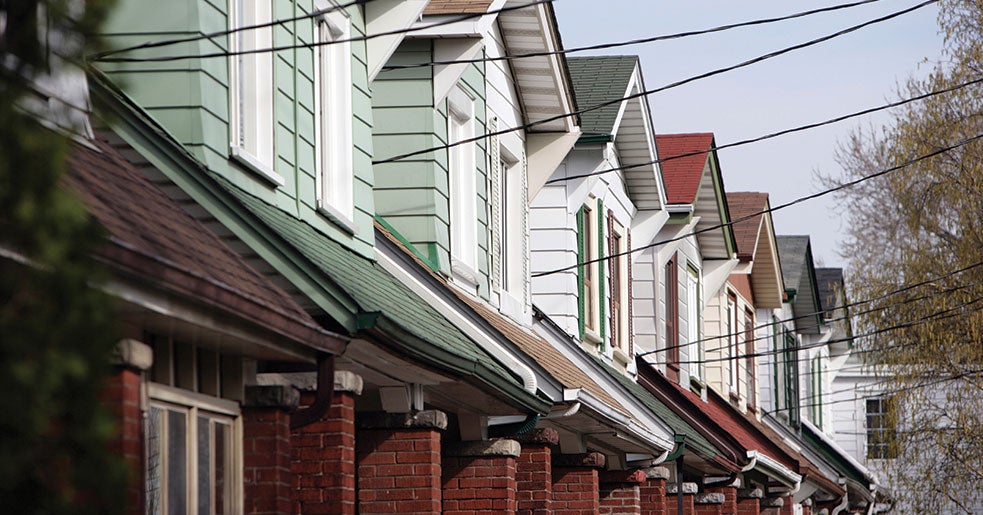 Local governments in Canada continue to face growing demand for services that outstrips their ability to raise revenues. Federal support for infrastructure investments helps, but it only goes so far. Ultimately, other sustainable and permanent progressive revenue sources are needed.

This leaves municipalities highly dependent on the taxes and fees they are allowed to collect. Municipalities in Canada are very limited in the types of direct revenue tools they can use. In contrast, most European and American cities have greater access to revenues from income and sales taxes. As a result, Canadians have some of the highest rates of property tax in the world, with reliance on property taxes twice the average of countries belonging to the Organization for Economic Co-operation and Development (OECD).

Municipalities need a broader range of revenue tools. These should include revenue sources that automatically grow with the economy. Municipalities also need to closely consider how their taxes and revenues affect middle- and lower‑income households. Many municipal revenue tools such as property taxes and user fees are regressive, as lower-income earners pay a larger share of their income on the tax or fee than those with higher incomes. Canada’s tax system has become more unfair over the past three decades and has contributed to growing inequality. Increased reliance on regressive revenue tools such as user fees, property taxes and consumption taxes has contributed to this.

For good reason, these types of regressive taxes and user fees encounter public opposition. It is crucial for our social and economic health that new funding sources shift costs fairly onto those who can most afford to pay.

These guides summarize the different revenue sources available to municipalities, assessing the benefits and drawbacks of each revenue source, with an emphasis on their fairness. They also provide a primer on municipal finances, relevant for both municipal officials and the public.

While virtually all municipalities in Canada rely heavily on property taxes and user fees for most of their own-source revenues, some provinces also provide municipalities with access to other revenue sources, including specific revenue-sharing and tax-sharing measures, and allow for regional fuel surtaxes. This is a positive model for other provinces.

In many cases, municipalities are not taking advantage of direct revenue tools that are available. These tools could generate additional revenues and prevent service cuts while enhancing services for their residents – and could do so in a progressive way.

However, the revenues associated with many of these tools are generally less than what could be raised through broader-based sales and income taxes, which are available to municipalities in other countries. As a result, there is strong interest in provinces providing municipalities with access to broader-based, dedicated revenue sources.

CUPE has reviewed and assessed current and potential sources of revenue and support, including the following:

User fees disproportionately affect lower-income households and lead to greater inequality and social exclusion. They can also be administratively expensive to collect and are often not a very effective way of managing usage or consumption. Fees for public water and wastewater services have increased more than any other good or service in Canada over the past 15 years, and in some cases provide more revenue than it costs to deliver the service.

Revenue sharing and fuel taxes: some provinces provide municipalities with a share of their fuel, sales or income taxes, but only a few municipalities in Canada (Metro Vancouver, Victoria and Montreal) levy local fuel taxes. Municipalities have a case to make for sharing provincial carbon pricing and cannabis tax revenues as they also bear many of the costs in these areas.

Land transfer taxes provide significant revenues for many municipalities (projected to bring in over $700 million for the City of Toronto in 2018) and can be made progressive so higher rates apply for higher‑valued properties.

Municipal financing authorities operate in many provinces. They can significantly reduce the cost of borrowing and provide other valuable services to municipalities.

Diverse revenue and financing sources including business taxes, area improvement taxes, amusement and advertising taxes, are available in some provinces, but not all.

Finally, local governments must be clear that private sector finance whether provided through public-private partnerships (P3s), the Canada Infrastructure Bank or other mechanisms is not a revenue source, and thus not a solution to the revenue problems local governments face. Any loans or investments made by private companies will eventually have to be paid back from public funds or by the public through higher user fees.

CUPE supports municipalities in their quest for a broader range of revenue options and more progressive revenues that will help us build even stronger communities together.