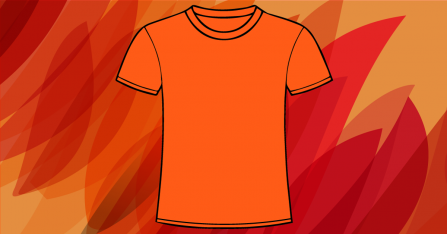 As a young girl, Phyllis was given a new orange shirt by her grandmother before being taken to a B.C. residential school. The shirt was confiscated and destroyed by her teacher on the first day of class. The destruction of Phyllis’s shirt has come to symbolize the colonial goal of residential schools to assimilate Indigenous peoples.

The ongoing recovery of unmarked graves sites near the locations of former residential schools has been a grim reminder of their legacy. CUPE continues to stand with Indigenous communities as they grieve these unjust losses within their communities.

“September 30 is an opportunity to remember the children who never made it home from the residential schools, whether that was physically or spiritually. During my lifetime we have seen these institutions close their doors for good, people refusing to accept what happened and finally these atrocities coming to light for the wider public. Last year when the first 215 children were revealed to the general public through ground penetration software, I had a co-worker state that they never knew children died in these schools. This is why we need days like September 30, to remind us all of the cost the country currently known as Canada came with, and to remember the children who returned to the ancestors too early.”

September 30 is now a statutory holiday for workers in federally-regulated sectors. CUPE has prepared a guide to help members outside the federal sector bargain the new holiday into their collective agreements. The guide is provided to locals as part of CUPE’s commitment to support reconciliation and justice for all Indigenous peoples. We will also be highlighting the importance of this step towards reconciliation in the Fall 2022 issue of Counterpoint.