The project began in 2013 at Thistletown Collegiate Institute, a high school in the city’s northwest, near the banks of the Humber River. The idea was to teach sustainable agricultural practices to students, while providing locally sourced and nutritious food to the school’s cafeteria. It was also good for workers: the program helped sustain CUPE cafeteria worker jobs, and fended off the outsourcing of food services.

Toronto schoolboard caretaker Stefan Sommer started the project and has since expanded it across Toronto. Brother Sommer is now booked-off fully by Local 4400 as a Green Project Specialist.

At first, Thistletown Collegiate operated one outdoor garden. The project then expanded to use indoor vertical “tower gardens” to grow hydroponic food in the school year-round. These units helped teach students the basics of plant science and how agriculture affects the environment. By growing their own food, the school all but eliminated the need to truck in produce from outside the city, drastically reducing the carbon footprint of their food services department.

Brother Sommer described the goals of the project. “We’re trying to bring healthy menu options to school cafeterias for the sake of providing the paying customers and students with quality, nutritional options. In doing so, we are also maintaining the value and need for Local 4400 cafeteria workers to continue to supply the cafeteria with attractive menu options that will keep their jobs alive and growing.”

The program now runs city-wide, offering schools the opportunity to grow, harvest, cook and serve their own food on-site, which gives these CUPE workers and the students a unique field-to-table experience right in the heart of Toronto.

CUPE Local 1000, representing members from the Power Workers Union (PWU) across Ontario, is the runner-up for this year’s Earth Day contest for their efforts to promote electric vehicle research and development. CUPE 1000 recently donated funding to support the construction of a new Software and Information Research Centre at the University of Ontario Institute of Technology, to support a smart grid and electric vehicle research laboratory. 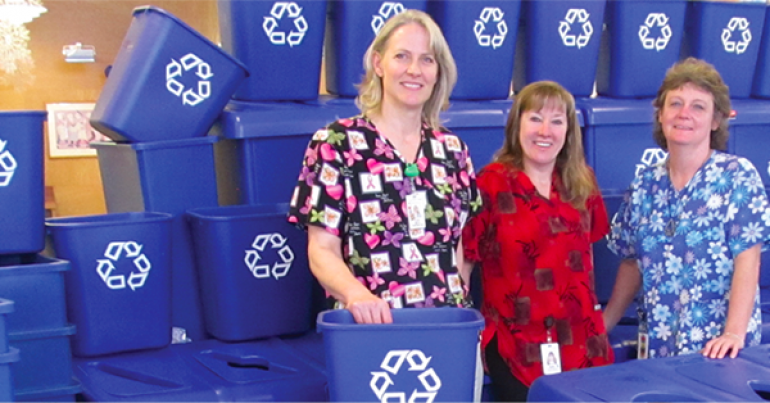