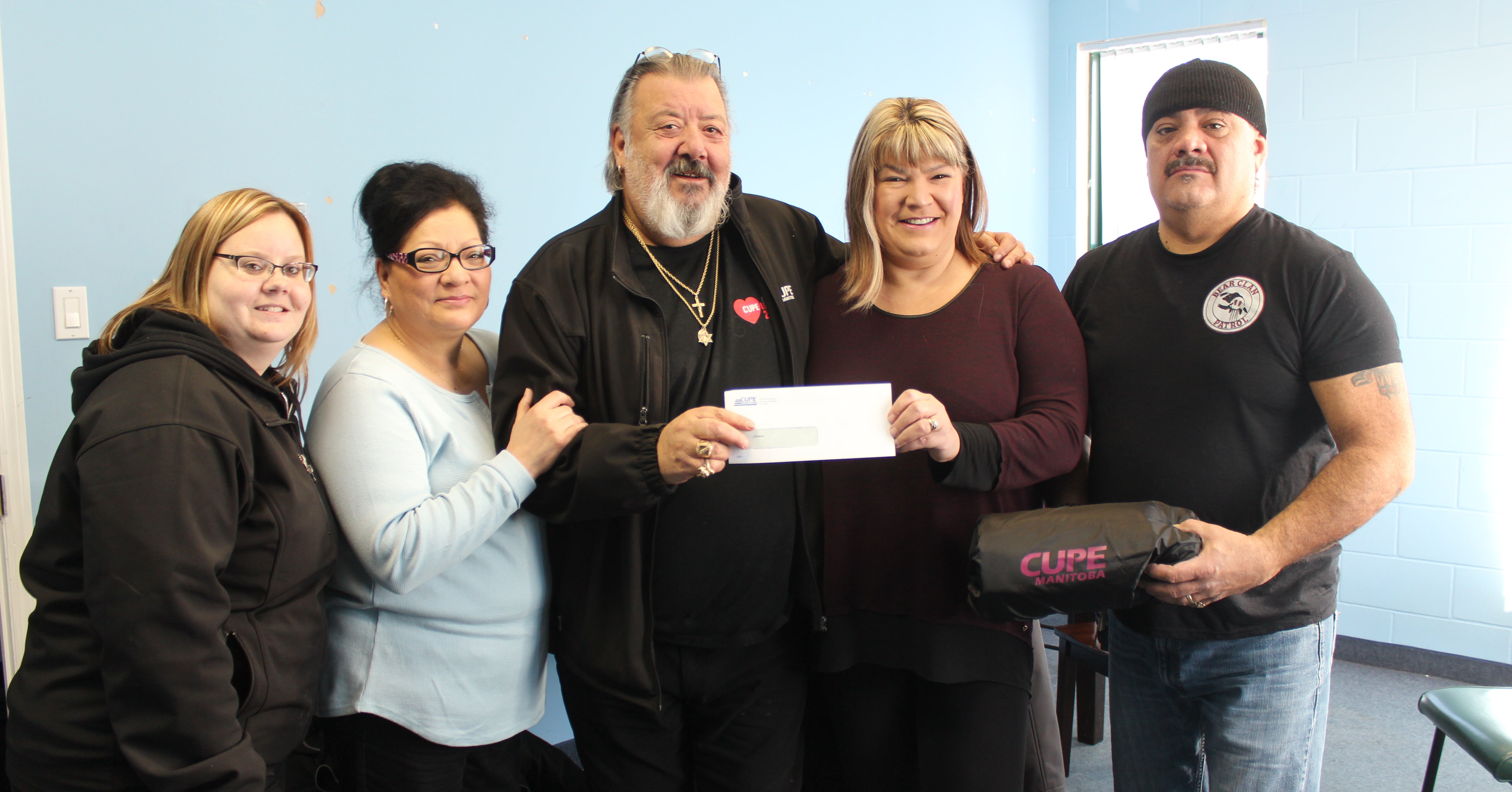 On Monday, CUPE Manitoba presented the Winnipeg Bear Clan Patrol a gift of 100 blankets for the community.

CUPE Manitoba also presented a financial contribution to the Coalition for Families of Missing and Murdered Women in Manitoba’s 6th annual Christmas Party for MMIWG Families.

The Bear Clan Patrol was established in December 2014 as a grassroots response to the expressed needs of the community in Winnipeg’s North End and other communities for a safer, more secure environment.

“By providing a donation of blankets we want to show that we support the important work of the Bear Clan Patrol,” says CUPE Manitoba President Terry Egan. “The work the patrol does is invaluable to the community, and we hope all CUPE members will offer their support either through donations, or as volunteers.”

The 6th Annual Christmas Party for Manitoba Missing and Murdered Indigenous Women and Girls hosts over 200 family members, including 100 children who receive gifts and support. The event takes place on Friday, December 22, 2017 at 6:00 p.m. at the Clarion Hotel.

“These families have been through a lot, and we hope that our donation will make this event a success,” said Egan.

For more information on the work of the Bear Clan Patrol, visit: https://www.bearclanpatrolinc.com/