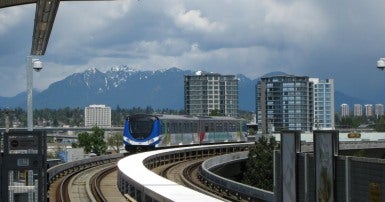 Today’s media coverage of the labour dispute between CUPE 7000 and the BCRTC (SkyTrain) included interviews with a TransLink spokesperson, whose inaccurate statements and incendiary language directed at the union, do nothing to move the parties closer to a collective agreement.

“In my own statements to date, I have maintained a tone of respect throughout. So it is unfortunate that TransLink has chosen to go down this road. Such comments about our members do nothing to further bargaining and, on the contrary, have slowed down the process for both parties,” said CUPE 7000 President Tony Rebelo.

“Our focus remains getting an agreement as the number one priority. We remain committed to negotiating for a new contract at the bargaining table and reaching a deal with no disruption of service.”

CUPE 7000 will be making no more media statements until further notice. If no agreement is reached, job action will begin with a full shutdown from Tuesday through Thursday.

For more information about the three-day shutdown, click here.