CUPE 543 pushes back against Windsor contracting out 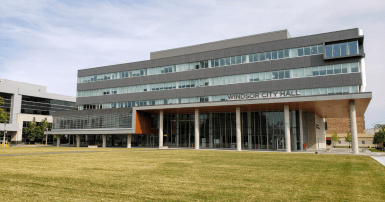 The City of Windsor has abandoned plans to contract out custodial work at City Hall after the contractor who had won the bid revealed that they would not be able to honour the price they had submitted. The news comes after CUPE 543, which represents building cleaning services staff for the City of Windsor, worked with their servicing representative and CUPE legal staff to assert their bargaining rights over work that was set to change hands from the City of Windsor to GDI services.

A recent addition to the Ontario Labour Relations Act (Section 69.1) stipulates that “building services”, including building cleaning services, food services and security services have automatic successor rights for union representation when ownership changes hands. CUPE 543, along with CUPE staff raised this issue when the contracting out was announced. This led to GDI’s withdrawal. Upon learning that GDI was withdrawing their successful bid to take over the contracted-out work, the City of Windsor announced that it would be hiring seven new cleaners, who will all become members of CUPE 543.

“It just goes to show that the savings that these companies promise are often too good to be true, municipal governments need to be aware that when it comes to making money vs. delivering services to the community, these private contractors will always prioritize making money,” said David Petten, President of CUPE 543 and Chair of CUPE’s Ontario Municipal Employees Coordinating Committee (OMECC).

This situation highlights the importance of being proactive when it comes to protecting the work of the local bargaining unit.

“As trade unionists who believe in providing good stable jobs for workers and quality public services for our communities, we have to be vigilant when companies start coming after our work,” Petten said. “At the very least we have a responsibility to follow the work when employers try to contract it out, but in this case, it feels really good to keep this service in-house, where it belongs.”