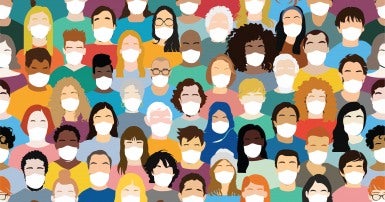 The Liberal government has embraced a model known as “blended finance.” This model uses public aid money to attract and subsidize private investment in projects that claim to promote sustainable development.

While relatively new in Canada, blended finance schemes have been around for over a decade in Europe. Panellist Maria José Romero of Eurodad, the European Network on Debt and Development, said blended finance has failed to support countries and people who need it the most.

Romero said that despite attracting a lot of attention, blended finance hasn’t triggered a flood of private money. In some cases, public funds are subsidizing private investment that would have happened anyway. This takes public resources away from development approaches with a proven track record.

Increasingly, decisions are driven by wealthy donor governments along with private corporations and investors, all behind a wall of secrecy, said Romero. Conflicts of interest abound, as profit drives decisions, not public needs. Poor countries are forced into deals where aid must be spent on goods and services from rich countries, a policy known as “tied aid.”

Focusing on what investors want has framed development as a purely financing problem, says del Rosario-Malonzo. This shift takes people and their needs out of the development process, including silencing discussion about respecting and promoting human rights.

In countries like the Philippines, where del Rosario-Malonzo lives, Indigenous peoples and others opposing development privatization face repression, criminalization and other threats. The people most affected are the least consulted or heard, and even governments receiving assistance aren’t fully involved in decisions about blended financing deals, she says.

This shift to profit-generating projects funnels public aid dollars to middle-income countries, and targets higher-income people who can pay user fees for privatized services. At the same time, public sector workers lose good jobs and aid is diverted from where it’s needed most, said MacEwen.

She highlighted corporate attempts to greenwash privatization, including a recent example of a South African project subsidizing private investment in “green” infrastructure that led to public sector jobs and publicly owned utilities being lost to private renewable energy development.

All three speakers pointed to ending tax avoidance and evasion, tackling illicit financial flows, progressive taxation of corporations and the wealthy, and eliminating tax breaks and other incentives for corporations as ways to generate revenues that will fund people-centred projects. Official development assistance should support countries reducing their debts, and must not be used as a catalyst for private finance, said del Rosario-Malonzo.

Romero called for debt cancellation, and for funding that comes without any conditions. These measures will help drive an equitable and resilient pandemic recovery that lets governments strengthen their public systems and rely less on foreign investment.

MacEwen pointed to public banks as a promising model. Privatization has failed in Canada, and our union doesn’t want the Liberal government to export this broken model to other countries. Instead, we must speak up about how we want public funds spent, and ensure our pension funds are not profiting from privatization in Canada, or anywhere around the world, she said.

Learn more about the issues at the Blended Finance Project website, supported by a coalition of concerned civil society organizations, unions and academics, including CUPE.