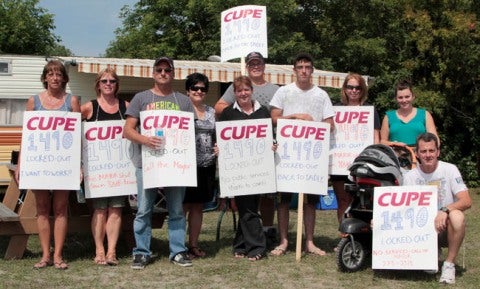 BLACK RIVER-MATHESON, ON – Fifteen workers who have been locked out for more than 50 days will return to work in the coming days, after the Township Council of Black River-Matheson voted to ratify a tentative agreement reached on Tuesday. The Council vote, held at an emergency meeting on Thursday evening, followed an earlier surprise rejection at a Tuesday evening meeting. The union ratified the tentative agreement overwhelmingly on Tuesday afternoon.

“We are pleased that Council has accepted the advice of its negotiators and ratified this deal,” said Sonya Moffat, president of CUPE Local 1490, representing workers in Black River-Matheson. “Our members have been locked out for nearly two months, and they are eager to get back on the job, delivering quality public services to their neighbours.”

Three employees will return to work today, Friday, and the remainder will return on Monday at the request of the Township.