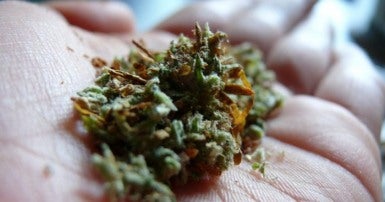 CUPE welcomes the tabling of Bill 157, which is aimed, in particular, at creating the Société québécoise du cannabis (SQC). In this case, Minister Lucie Charlebois opted to create a subsidiary of the Société des alcools du Québec (SAQ) which will take responsibility for the purchase, storage, distribution and sale of cannabis in Quebec. The Minister has thus adopted the model advocated by most public health experts and organizations, the Government of Ontario and CUPE.

“The model we proposed, which appears in the bill, includes all of the advantages. It is the most cost-effective one, and most of all, it goes the furthest in terms of protecting public health. The government monopoly will be fully dedicated to minimizing the risks associated with cannabis. The bill marks a major step forward in that the best possible controls over cannabis will be in place when the legislation comes into force on July 1,” said Denis Bolduc, the President of CUPE-Quebec.

CUPE welcomes, in particular, the establishment of the Cannabis Prevention and Research Fund that will absorb all profits that may be generated by the SQC. It intends to monitor the parliamentary commission process very closely to ensure that the final bill is in line with expectations.

“If the SQC model is to achieve its full potential and remain consistent, there will have to be safeguards in place to ensure that it is not hamstrung by exceptions or gaps in the monopoly. A first reading of the bill has uncovered a few potential shortcomings. We will be very vigilant with respect to this issue,” added Denis Bolduc.