What CPP expansion means for you 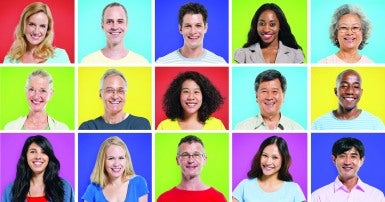 In June, Canada’s federal and provincial finance ministers reached a historic agreement to expand the Canada Pension Plan (CPP). With pension plans under attack and private savings not delivering for most workers, this news is much needed and long overdue. Canadians are facing a real retirement crisis and CPP expansion is a step in the right direction.

Changes to the CPP do not come easy. The basic benefit structure of the plan has not changed since it was created fifty years ago. It’s easier to amend the Canadian Constitution than to change the CPP legislation.

But Canada’s labour movement persisted, and has once again helped make lives better for all Canadian workers. Remember this the next time a right-wing interest group tries to target unionized workers with the misguided politics of “pension envy.”

While the deal falls short of meeting our demand to double CPP benefits, it is still an important step forward. The changes will see all workers earning more CPP benefits on a go-forward basis, funded by a small increase in worker and employer contributions to the plan. The current CPP aims to replace 25 per cent of a worker’s earnings up to the CPP ceiling (currently set at $54,900).

The expanded CPP will see two main changes. First, the replacement rate will rise from 25 per cent to 33 per cent. Secondly, the CPP ceiling will increase by about 14 per cent. This means more earnings will be covered by CPP.

The increase in contributions will be phased in over seven years beginning in 2019. The total increase is estimated to be one per cent for employers and employees on earnings up to the current CPP ceiling and four per cent each side for newly-covered earnings above the current ceiling. (Currently, both employers and employees contribute about five per cent.) Most CUPE members will see their contributions rise by only one per cent.

However, the fight for retirement security is not over.

We expect that the increase in employer CPP contributions will shape employer wage and pension demands in our next rounds of bargaining. Many employers will try to pass the costs of their new CPP contributions onto workers. This, however, would defeat the clear guiding principle of the CPP – that it is funded equally by workers and employers.

Employers might try to accomplish this goal in different ways. The most likely way is directly through wage bargaining. Expect employers to bring up their new CPP costs as a rationale to drive wage increases down (or even seek wage rollbacks). Before the CPP deal was even finalized, employers were proposing agreed-up-front wage reductions in case employer CPP costs grew.

Our response? Workers should not be directly or indirectly paying for the employers’ new CPP contributions. These new costs are modest and affordable.

Here’s an example. If an employer currently contributes four per cent to a defined contribution workplace plan, they may argue that this contribution should be cut back to three per cent considering the extra one per cent they are now putting into CPP. Employers may also target defined benefit plans in a similar way and push for go-forward contribution and benefit rollbacks in recognition of the expanded CPP. Or, they could pursue a more extreme agenda of trying to close or convert defined benefit plans to less-secure models.

Despite the right’s drumbeat about “gold-plated public sector pensions,” the reality is that many CUPE members do not have a pension plan, and many who do lack the security of a good defined benefit plan. Even those members in such plans earn their modest benefits slowly.

Consider a “best case scenario” for a CUPE member: as a member of a defined benefit plan, at an average CUPE salary, after a full career of work with one employer (which few members accomplish), a pension would be in the neighbourhood of $20,000 per year, which may or may not keep up with inflation.

CPP expansion will be important for CUPE members’ retirements. Employers must not take this away.

The bottom line: decisions about how much current compensation to defer to retirement should be made by workers and employers at bargaining tables.

The deal to expand the CPP is historic and is a major win for all Canadian workers. However, every social advance brings new challenges. We must be on the watch for any employer effort to use CPP expansion as a rationale to pursue pension concessions or further attacks on members’ wages.

We must be ready to push back.