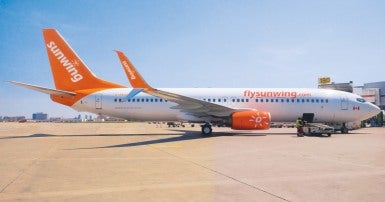 The union representing flight attendants at Sunwing Airlines says the company is neglecting the safety of its employees and its passengers by refusing to offer rapid test kits or PCR testing to employees.

“If Sunwing cares about the well-being of its customers and its staff, they’ll fix this today,” said Rena Kisfalvi, President of CUPE 4055, which represents approximately 1,000 flight attendants at the airline. “The pandemic has been hard on our industry, but bringing in this simple measure will help keep us in the air so we can weather the latest storm with omicron.”

CUPE represents workers at nine Canadian airlines including Sunwing, but Sunwing is the only airline yet to make this tool available to their employees.