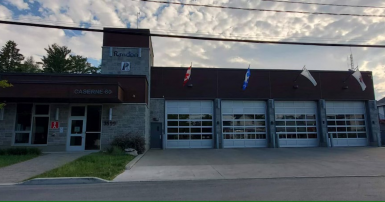 The Syndicat des pompiers du Québec (SPQ) is calling for an independent investigation into the toxic work environment in the fire department of the Municipality of Rawdon. The town conducted an internal review on this issue, but unfortunately nothing was done, and the union fears the situation could affect the quality of services.

“We as a union have a moral obligation to act in circumstances such as these. The situation at the Rawdon fire station has been going on for so long that it could impact public safety,” said SPQ union representative François Morin.

Labour relations between management at the Rawdon fire station and the firefighters began to deteriorate when the former director left in 2018. Things got slightly better when the town opted to create a partnership by pairing the management of Rawdon and Sainte-Julienne. However, the situation quickly took a turn for the worse once again when this agreement ended in November 2020.

“We are, among other things, the custodian of the quality of services provided by our profession. What is going on here merits close examination, and we believe that an independent investigation is the way to achieve this,” said François Morin.

The SPQ, which is the largest firefighters union in Quebec, represents these 3800 members in over 120 cities, towns and municipalities.