Learn about your rights. Support your co-workers.

Harassment is offensive behaviour that a reasonable person would consider unwelcome.

The term “bullying” has several definitions. We use the term “harassment” because it is clearer and stronger. Harassing behaviours could include but are not limited to:

It can be one serious incident or repeated incidents.

Harassment creates an unhealthy workplace and leads to increased turnover, absenteeism and recruitment problems. It hurts workers and the people we serve.

The person being harassed may be blamed, disbelieved, isolated. They may develop health problems, get injured, lose income or even their job.

What can we do about it?

If you have been harassed:

Learn about your rights

You have the right to work in a harassment-free environment. Harassment is not your fault.

Speak up if you feel safe

If you have witnessed harassment

Take action to eliminate harassment in your workplace 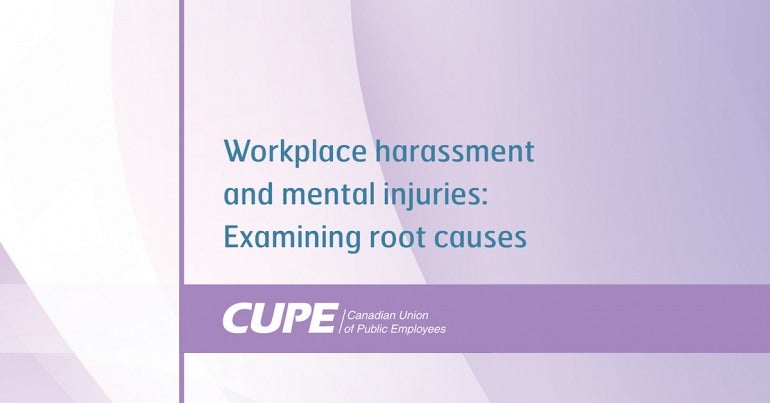