Send your MHA a message: Stop P3 deals before you saddle us with more debt 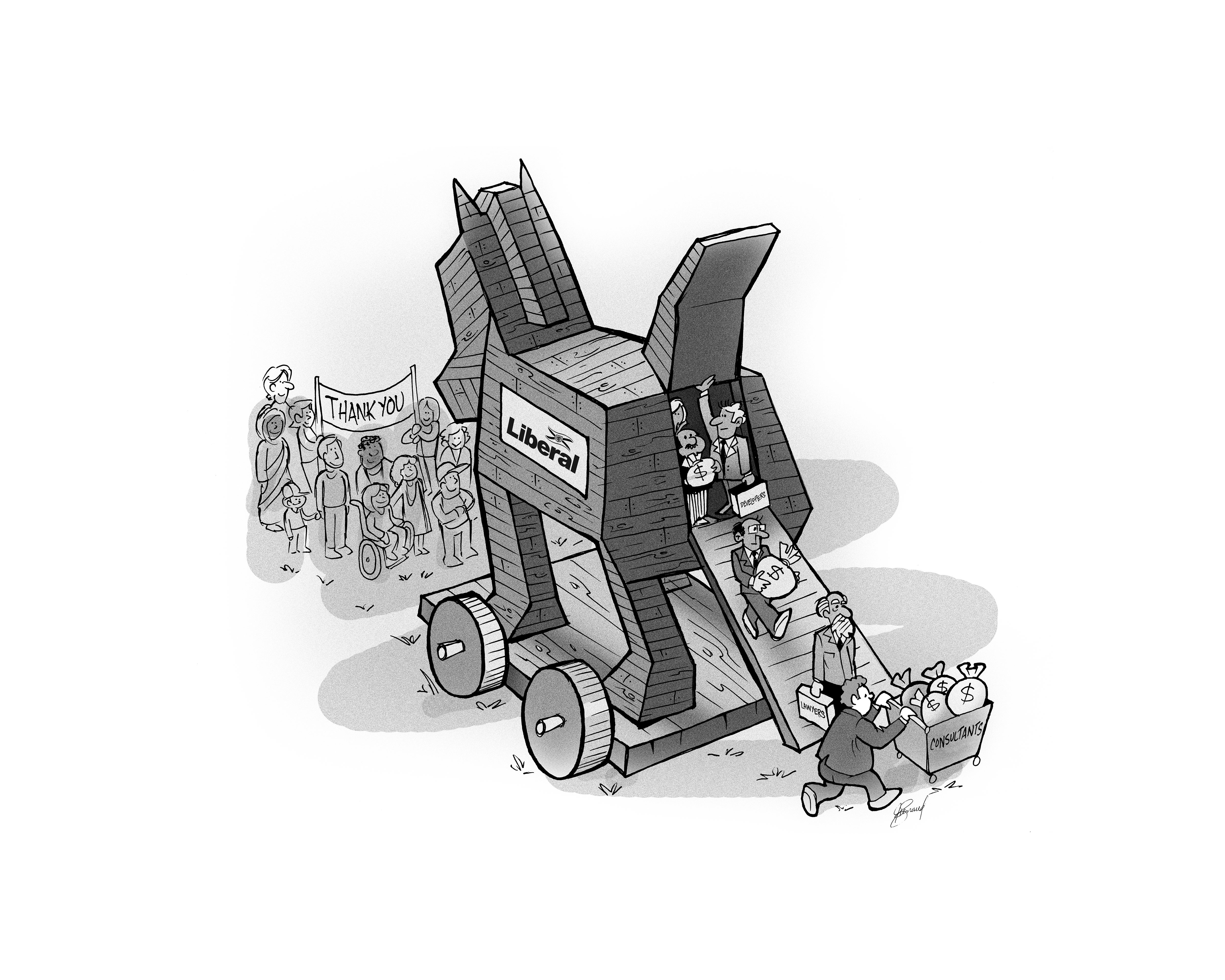 Tell the Ball Government to keep their promise not to privatize our public health care system.

People living in Corner Brook and the surrounding region have needed new health care facilities, including more beds in long-term care, for many years. It came as welcome news to everyone, including CUPE members and their families, when the province announced two new facilities would begin construction later this year.

However, the secrecy and lack of transparency around these two projects are very troubling. In a meeting with Minister Bennett and Minister Hawkins, in March this year, our representatives were told the details of these projects would be made public, but only after the contracts are signed. That’s a red flag!

What exactly are public-private partnerships?

Instead of using its own borrowing power, a government looking to build public infrastructure uses private-sector money for the project. The private sector invests some (or all) of the required money in return for healthy financial returns and a measure of control.

As explained by economist Toby Sanger, financing a project at the 7-9% return rate that private investors expect from infrastructure investments would dramatically increase the total cost of a project financed over 30 years. If the province directly borrowed the funds, they would get the current 30-year bond rate of 3.7%. There’s another red flag!

The NL Government has stated that the Corner Brook long-term care facility will cost $120-140 million and the hospital will cost $700-900 million. Assuming the province is borrowing money to finance these projects, P3 deals would cost almost twice as much to borrow as public procurement. Why on earth would we do that?

There is plenty of evidence to show that P3s are the wrong way to finance public infrastructure.

The additional beds and services in Corner Brook will create new jobs, but that will happen regardless of how the facilities are built, and assuming the two projects don’t go over budget.

The additional costs could result in closing beds, laying off staff and reducing quality of care. Look at the P3-built North Bay Regional Hospital, which cost at least $160 million more than public procurement would have cost. Over 50 beds have been closed, and they’re on the third round of layoffs with over 100 jobs cut.

The P3 deals that the Ball Government wants to use are a Trojan Horse that will allow the quality of our public health care to be influenced by private interests and profit margins.

Please urge the Ball Government to take the following action:

Make public the full details of the Corner Brook value-for-money report and business case – before final decisions are made and any contracts are signed.

In addition, the Province should mandate:

We are going to pay for these projects one way or another. We might as well build our health care facilities publicly.

Let’s own and control them ourselves, for the public interest and not for private profits.

Representing CUPE at the Nova Scotia Federation of Municipalities conference

Members the key to defeating privatization