Parents in Saanich rally in support of striking CUPE members 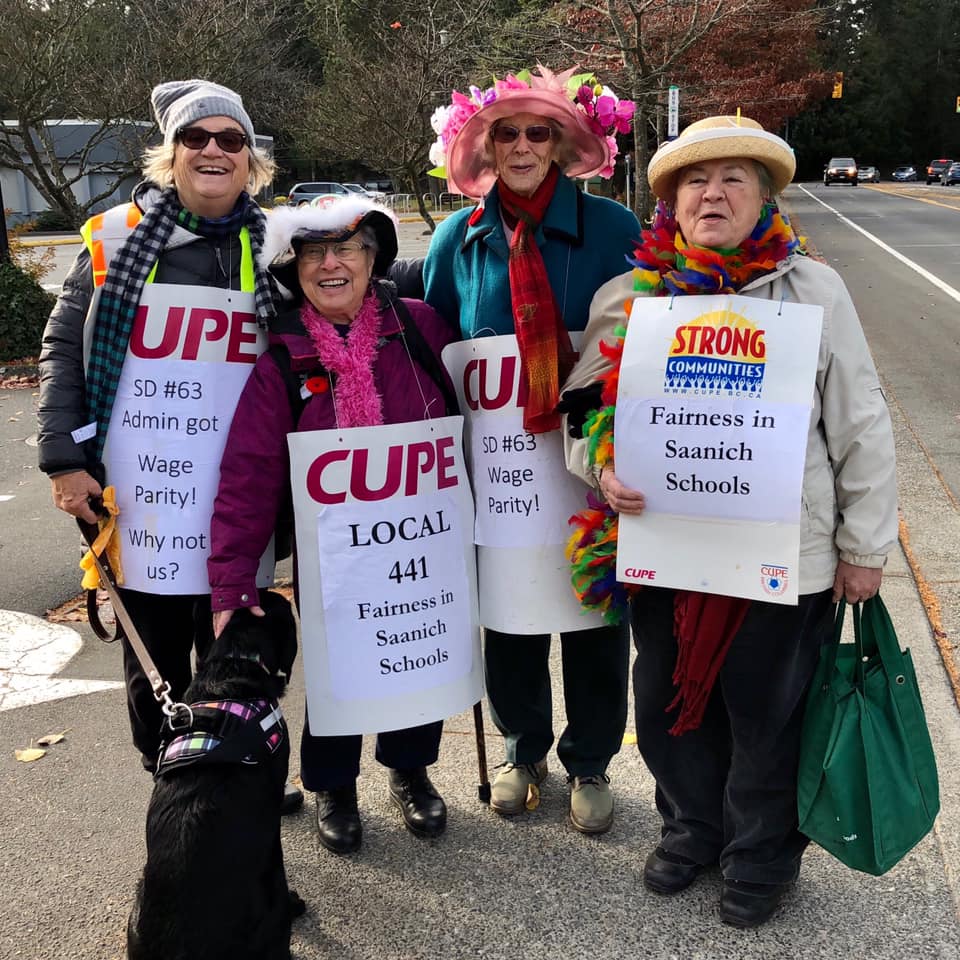 CUPE 441 members are being joined on the picket line today by parents and their children. The community group “Families Rally to Support CUPE 441” have organized the event on Facebook. They will be holding a rally and walking the picket lines with CUPE members this morning from 9 to 11 am at Brentwood Bay School and at Sidney Elementary this afternoon from 12:15 to 2:45 pm.

The group has hosted a petition on change.org that has garnered almost 1,300 signatures.

“Parents are standing with us because they want their children to get the education they deserve,” said Dean Coates, local president. “Until we address wage parity, our district will continue to lose people and be a training ground for EAs who then move to neighbouring districts, leaving Saanich understaffed.”

Coates has asked the employer to return to the table and address low wages for all members of the local.

Members of CUPE 441 reviewed highlights of the agreement at a membership meeting on Wednesday and gave clear direction to the bargaining committee that they wanted to continue job action until full wage parity is achieved.

CUPE 441 took job action on October 28 over the issue of wage disparity. Today marks the tenth day of their strike.