Notes from the floor 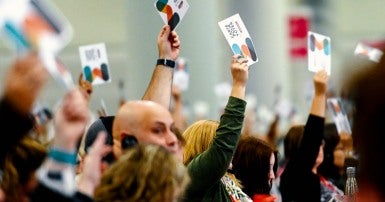 All the resolutions news.  Right here: