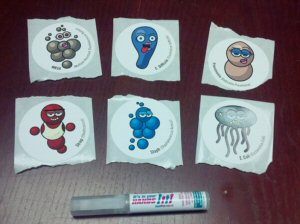 New Glasgow – CUPE hospital workers will be handing out free hand sanitizers at the Come Home Week festivities in Guysborough this Saturday, to raise awareness about Healthcare Acquired Infections (HAIs), often referred to as “Superbugs”. HAIs are the fourth leading cause of death in Canada.