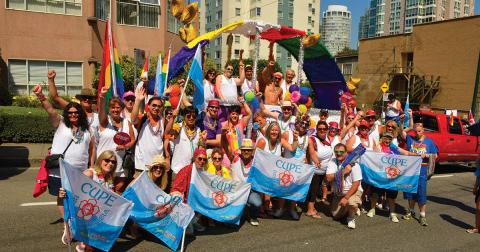 CUPE also continued its work to name and end transphobia. The Equality Branch developed a new digital poster presentation on the harassment and discrimination transgender and transsexual members face on the job and accessing health care. A delegation of members shared it at the Outgames human rights conference in Antwerp in August.

In Manitoba, CUPE supported Bill 18, new anti-bullying legislation that provides LGBTTI youth a safe place at their schools. CUPE members were at a rally in support of Bill 18 on May 16, and spoke in support of the bill at committee hearings in September.