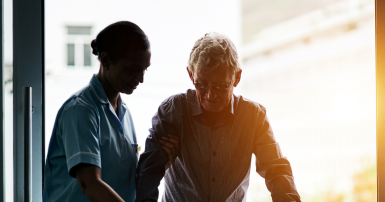 With this new Ontario Long Term Care Act, the Ontario government has missed an opportunity to enhance resident care by stabilizing the workforce with a guaranteed increase to full-time jobs and universal, across the board wage increases, says Candace Rennick, CUPE Ontario Secretary-Treasurer. “Equally egregious is not removing profit from the care of our most vulnerable seniors.”

While the Act includes the long overdue legislated care standard that front-line care staff have for decades advocated and increased teeth for inspection and penalties for bad apples Rennick says it “sadly disappoints” on key reforms and falls well short of where Ontario should be in improving care and staffing levels in long-term care.

Following a pandemic that showed that understaffing and the lack of full-time work contributed to COVID-19 spreading with maximum speed in long-term care and in particular in for-profit homes, “one would think that the new Act would legislate clear targets for changing these precarious part-time jobs to full-time work and that a phased-in moratorium on for-profit beds and delivery would be enshrined. This government can and must do better and we will be looking for significant changes to this Act before it passes,” says Rennick.

The new Act will include a four-hour care standard right in the legislation. But within CUPE’s health sector there is significant concern about the resident care timeline targets. Ontario currently sits at below 3 hours of hands on, direct care for residents.

Today’s announcement failed to present a plan that will achieve a four-hour care standard even in four years, says Rennick. “There will be many residents who will never live long enough to benefit from even a minute of additional care.” For that to happen, Rennick adds that “there has to be visible commitment to full-time jobs, higher pay that’s permanent for all staff and better working conditions to retain this very exhausted and overworked long-term care workforce. Another extension to a wage premium for just PSWs shows a profound lack of respect for this skilled female workforce. It demeans care work, done primarily by women.”

CUPE estimates that Ontario needs 60,000 new staff in the health sector. With all their training programs combined, the government is only going to graduate a fraction of the PSWs and RPNs needed, and this is even before we factor in the growth in the population of over 85 years old who will need hospital and long-term care in the next five years, says Michael Hurley, President of CUPE Ontario Council of Hospital Unions (OCHU/CUPE).

While the provincial government the extension of a $3 per hour wage enhancement for personal support workers in LTC and $2 in hospitals, “is well deserved, this kind of approach contributes to the demoralization of nurses and other staff whose wages are being held to 1% while inflation surges to 4.4% and for whom there is no recognition,” says Hurley.