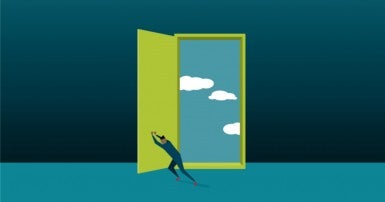 Over the past thirty years, universities and colleges have increasingly turned to precarious forms of employment. Faculty and support staff are increasingly being hired on short-term, temporary, and casual contracts, rather than in permanent, secure positions. More and more positions are being contracted out to employers who pay low wages and don’t offer pensions and benefits. This rising precarity impacts the quality of education our students receive. And it is hard on workers, personally and professionally.

Don’t fall for these common excuses as to why we shouldn’t be concerned about rising precarity:

Myth: Workers are taking contract and casual positions because that’s their preference.

Reality: While there are some people who do enjoy the flexibility of working on short-term contracts, there are many workers who are only in these positions because they can’t find something more permanent. For instance, a recent survey of contract faculty in Canada found that more than half would prefer a tenure-track job. Desperation shouldn’t be confused with preference.

Myth: Precarity is primarily an issue affecting young workers who are just starting out in the labour force.

Reality: Precarious employment is increasing among workers of all ages. For instance, in 2017, half of all workers in temporary jobs were between the ages of 25 and 54. More than one-quarter were over the age of 45.

Myth: Precarity is only a problem for workers; for universities and colleges, it’s an invaluable tool to manage human resources and keep costs low.

Reality: Precarity is impacting the quality of education. The working conditions of faculty and staff are the living and learning conditions of students. When workers don’t receive the institutional support and resources they need to do their job properly, that diminishes their ability to provide the highest quality education in a safe, secure environment. In other words, precarity undermines the core mandate of universities and colleges.

Myth: There’s nothing we can do about precarity; this is just the new normal.

Reality: There are many things that we can do to combat rising precarity. Governments can pass labour legislation which sets limits on the use of precarious forms of labour, including provisions which prevent positions being permanently filled with temporary contracts. They can also adopt laws to protect precarious workers, including rules which require equal pay for equal work (rather than allowing employers to offer workers doing the same work different wages based on their permanent status), rules requiring adequate notice of schedules, and restrictions on unpaid work time. They can also prevent employers from escaping their obligations through contracting out or contract flipping.

Myth: We can’t afford to do anything about precarity.

Reality: Precarity is a matter of choices. Universities and colleges can choose to prioritize the quality of education, the health and safety of workers and students, and the security and well-being of their employees.