Share thisShare this page on TwitterShare this page on FacebookPrint this page
The Temporary Foreign Workers Program (TFWP) is administered by the federal government to help employers contract workers from other countries when they cannot find qualified workers in Canada.
The program is separate from the Canadian immigration system as workers in this program are attached to the job and must leave Canada when their temporary employment is concluded.

The Temporary Foreign Worker Program began in 1973 as the Non-Immigrant Employment Authorization Program (NIEAP). NIEAP workers had temporary residency, no access to immigration and linked their residency directly to the employer.
1
The restrictions outlined in the NIEAP set the framework for the current TFWP.
The TFWP is administered jointly through the federal government by Citizenship and Immigration Canada (CIC) and Human Resources and Skills Development Canada (HRSDC).

In 2002, the federal Liberal government introduced the Low Skill Pilot Project allowing companies to apply to bring in temporary foreign workers to fill low skill jobs. The classification of “low skill” means that workers require no more than high school or two years of job-specific training to qualify.
In 2006, the federal Conservatives expanded the list of occupations that qualified for the Low Skill Pilot Project and increased the speed of processing applications.

Companies apply to the government for permission to bring in Temporary Foreign Workers though requesting a Labour Market Opinion (LMO).
The LMO is issued if the company has met certain criteria. The main criteria is that the company posted the jobs but that these positions could not be filled with workers already in Canada.

In April 2012, the government introduced the Accelerated Labour Market Opinion. The ALMO for those employers that had been issued a LMO in the previous two years, only applied to high skilled TFW and operated as a fast-tracked LMO.
By the end of 2012, there were over 340,000 workers in the TFWP residing in Canada. The majority of the workers are in Ontario, Alberta and British Columbia.
In response to public anger over the abuses of the TFWP, the Conservative government announced reforms in the 2013 federal budget. These included the elimination of the ability to pay ALMO workers 15 per cent less than the recognized market rate, a temporary suspension of ALMO, the introduction of a requirement that the workers speak French or English, and an onus on companies to provide a transition plan to hire Canadian workers.
Further, the government announced user fees for corporations and investigation and suspension powers for the program’s staff. The procedures for regulating and monitoring all of the streams outside of the ALMO process are supposed to show a clear net benefit to Canada, but specifics are not known. There is also no indication how user fees will be kept from being passed onto the workers.
No oversight has been developed for the implementation of the new regulations. Even if they are enforced, suspensions will always result in the worker losing their employment even if the employer is to blame.

Changes Drive Down Wages for All Workers

Employers and governments have been using the low skill temporary foreign worker program (Labour Market Opinion) to drive down wages, worsen working conditions, and undermine unions. All the while, not providing adequate investment in apprenticeships and training programs.
The low skill Labour Market Opinion stream leads most of the increase in the TFWP from 2005 to 2012. This low skill stream includes construction, manufacturing, retail trade, and accommodation and food services sectors. These sectors saw an increase of between 200 and 900 percent in LMOs issued between 2005 and 2008.
Workers in the low skilled stream of the TFWP often have advanced education and specialized skills but are unable to get a visa and employment in their occupation. As such, they are forced to migrate as “lower skilled” workers.

In PEI, 260 fish plant workers were unemployed in a community where a company brought in 90 temporary foreign workers. The judge ruled that under existing program rules, the employers were able to demonstrate that they had tried to hire local workers simply by posting for those jobs for two weeks.

According to the Alberta Federation of Labour,
2
employers have developed ways of complying with the program’s job search requirements to hire TFW, even though there are unemployed workers in the geographic area with the desired skills. In some cases TFW recruiters have workers lined-up even before the jobs have been posted.
3
Canada is the only country in the world that allows employers complete control over which workers can come and work in Canada. The only other country to do this was Apartheid South Africa. When the employer controls whether the worker can stay in the country it limits a worker’s rights.
New changes also removed temporary foreign workers’ access to employment insurance even though they pay into the program.

No Pathway to Immigration

Most temporary foreign workers in Canada under an LMO do not have access immigration and citizenship. Only workers under the Live In Caregiver stream and those covered by some collective agreements have access to a pathway to landed status. The opportunity for landed status is important for workers who become more than just “temporary” and so that the worker can move more easily between employers once in Canada.

Free trade, economic liberalization, privatization, and deregulation have forced workers in the global South to migrate for work under exploitative systems.
Free trade agreements negotiated by Canada support international expansion of Canadian companies as well as laws that support forced migration of workers. For example, mining operations in the Philippines have displaced communities and workers while local laws promote forced migration out of the country. In Mexico, trade agreements and economic liberalism undermine production for local consumption and has resulted in a large migrant workforce in North America.

The company posted labourer jobs with the Mandarin language requirement in BC. The union argued in court the requirement was meant to exclude workers in Canada who were otherwise skilled and available so the employer could pay lower wages. The court would only rule on if the company’s efforts to find workers was legitimate and not on if there were workers already available in Canada or not.

The Temporary Foreign Worker Program includes about 50,000 high skill academic workers of as part of our international trade commitments. In addition to this, spouses of skilled workers and international students, accounting for about 100,000 people and are distinct from other TFWP streams in that they are designed to support a move to permanent residency.
In addition, the intra-company transfer program is part of Trade and GAATs agreements and allow workers in multinational companies to relocate and work in other countries their company has offices. This program has been used by outsourcing companies to essentially bypass LMO requirements.

Royal Bank of Canada replaced IT workers through an outsourcing company using temporary foreign workers. The USW is litigating through the judicial review process on RBC issue. The RBC outsourcing company was not using the ALMO, but the intra-company transfer program.

The government has the ability to ban employers from being able to access the LMO program. However, this so called “Bad Employers” list is empty. According to the federal government, employers cited for not following the program to the letter have rectified the situation and so are not banned.
An investigation can only occur when an employer commits an offence and then applies again for an application.
There are currently no employers on the banned list.The Temporary Foreign Workers Program (TFWP) is administered by the federal government to help employers contract workers from other countries when they cannot find qualified workers in Canada.
The program is separate from the Canadian immigration system as workers in this program are attached to the job and must leave Canada when their temporary employment is concluded. 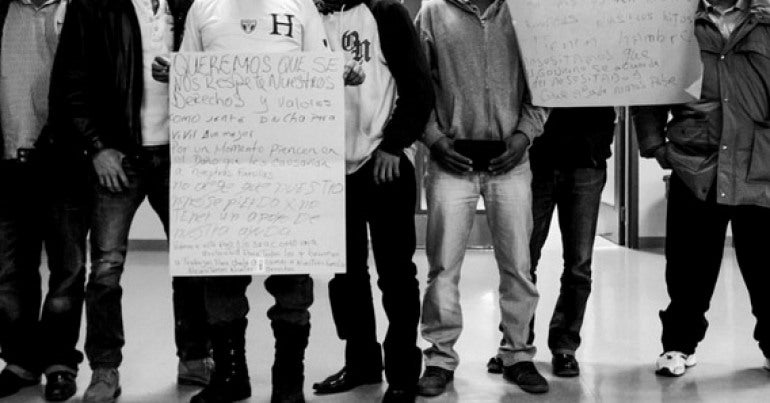 Stop the mass deportation of thousands of migrants on April 1 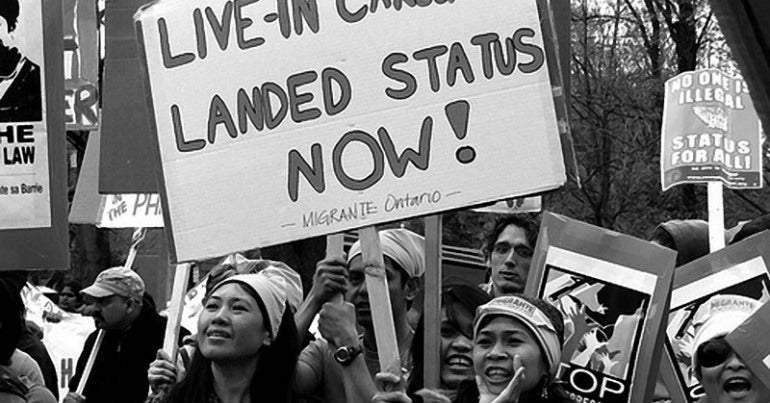