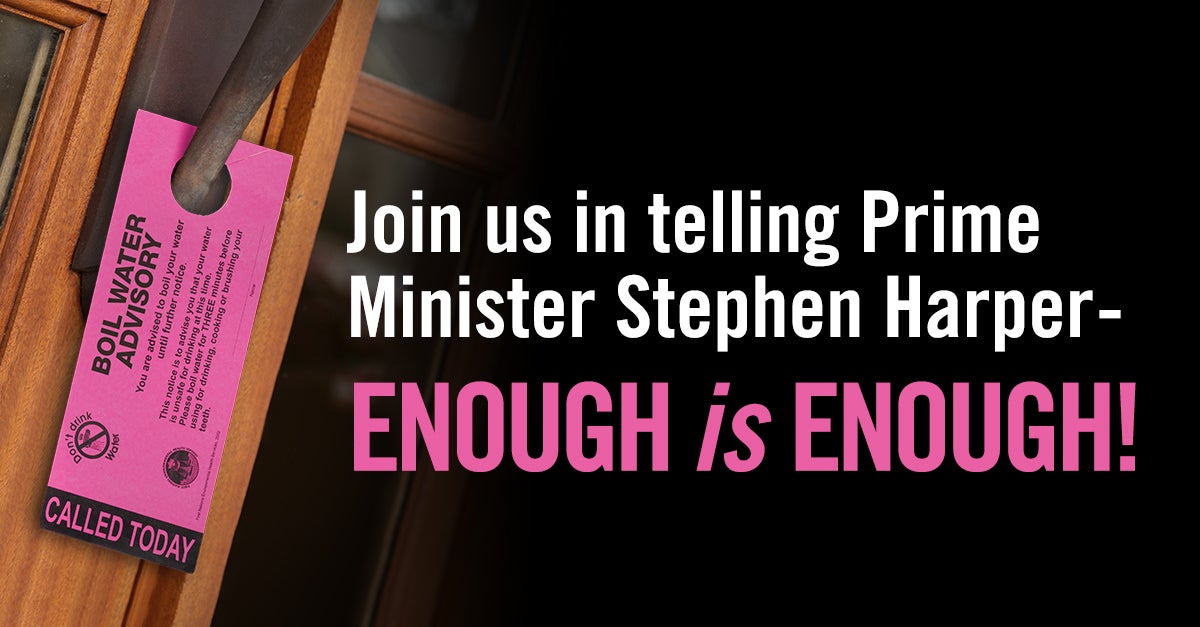 The right to water is a human right, yet over 115 First Nations have problems accessing safe drinking water – that’s nearly one in five First Nation communities, affecting thousands of families.

The right to water is a human right, yet over 115 First Nations have problems accessing safe drinking water – that’s nearly one in five First Nation communities, affecting thousands of families.

As people across Canada and around the world mark March 22 as World Water Day, CUPE is proud to launch the “Enough is Enough” campaign to raise public awareness on water issues facing Indigenous peoples in Canada – First Nations, Inuit and Métis.

In consultation with our National Aboriginal Council and National Women’s Committee, and in partnership with the Assembly of First Nations (AFN) and the Safe Drinking Water Foundation (SDWF), the “Enough is Enough” campaign will rally support in acknowledging the water rights of Indigenous peoples.

The first part of the campaign is a petition, calling on Prime Minister Stephen Harper to acknowledge Indigenous Peoples right to water, and to take real action on ensuring all First Nations, Métis and Inuit peoples have access to safe drinking water.

CUPE is also sponsoring an education program for First Nation schools. Working with our partners at the AFN and SDWF, we will be sending water testing kits to First Nation schools, so that students can test drinking water in their own communities. The kits include classroom material, which will help students learn the importance of water quality testing.

Access to clean, safe drinking water is a right, and protecting our water is a responsibility we all must share. Please give your support and solidarity to Indigenous peoples in defending their right to water. 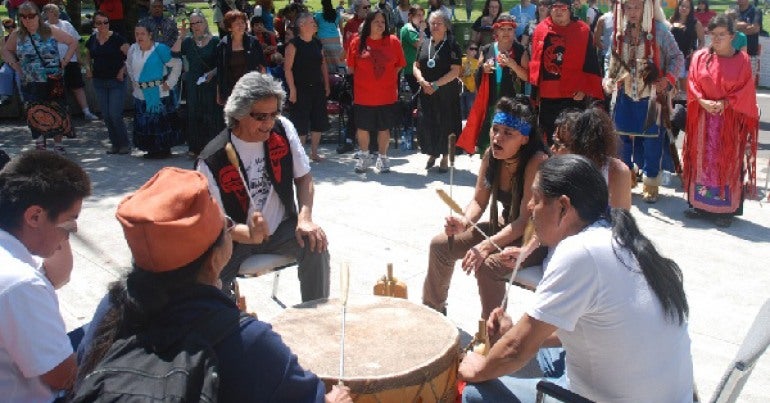 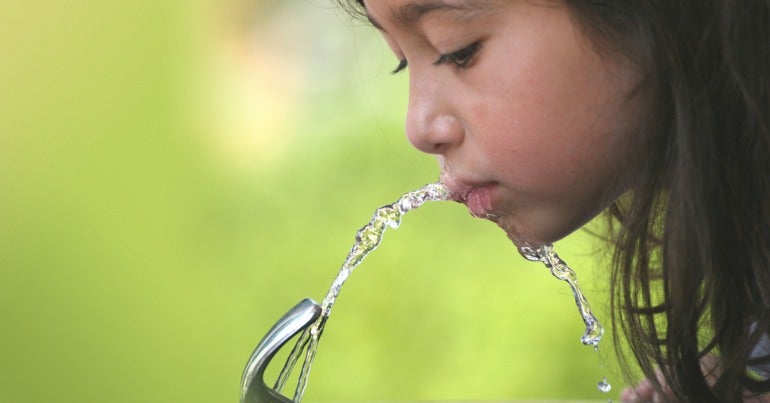