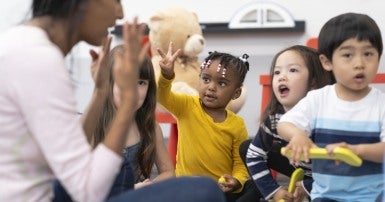 “This agreement is fantastic news, but let’s remember it’s only possible because we have a government in British Columbia that understands the importance of investing in child care, so we can give kids safe spaces to grow, create good jobs in our communities, and help women re-enter the workforce,” said CUPE National President Mark Hancock. “We hope other provinces follow BC’s examples, because we know Canadian families can’t wait any longer for quality, affordable child care.”

For decades, CUPE has been calling for the federal government to take a leadership role in delivering child care for Canadian families, and it is reassuring to see the Liberals finally commit real dollars after decades of broken promises.

“Thanks to the leadership of Premier Horgan and Minister of State Katrina Chen, this vital program is finally moving ahead. We look forward to working with the provincial government to expand access to publicly funded, publicly delivered child care across the province,” said CUPE BC President Karen Ranalletta.

CUPE will pay close attention to the details as they roll out with respect to growing the workforce in the child care sector, as BC has a critical shortage of child care workers. CUPE will also be monitoring the development of the provincial wage scale, since many wages are currently tied to parent fees.