CUPE presents a petition with 13,000 signatures asking Conservatives not to play with fire 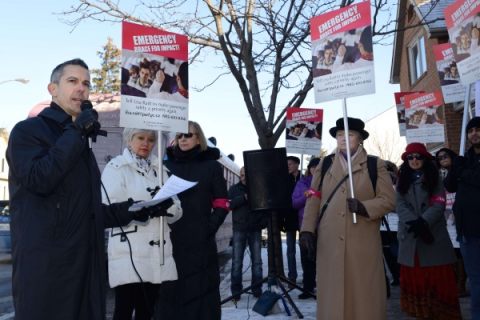 The delegation of safety professionals, led by CUPE National President Paul Moist and CUPE Airline Division President Michel Cournoyer, also presented a petition with 13,000 signatures calling for the one flight attendant for every 40 passengers ratio, a proven safety standard, to be maintained by all Canadian airlines.

The petition denounces the Conservative government’s decision to allow Canadian airlines to adopt less strict and more dangerous standards for passengers, such as a one flight attendant for every 50 passenger seats ratio.

As proof, Cournoyer recalled what happened during the July 6 crash of Asiana Flight 214 in San Francisco. In the burning aircraft there was one flight attendant for every 24 passengers and the cabin crew managed to evacuate almost every passenger. Closer to home, in August 2005 at the Toronto’s Pearson Airport, an Air France Airbus ran into a ravine and caught on fire. All passengers were evacuated in less than two minutes. Again, the ratio was high: one flight attendant for every 30 passengers.