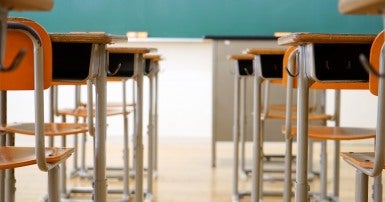 In what may be one of the largest settlements of its kind for employees who have suffered a workplace breach of Charter rights, CUPE education workers have reached an agreement on “remedy”, or financial compensation, with the Ontario government. The settlement comes slightly more than a year after the Ontario Superior Court issued a decision in favour of several education unions, ruling the government’s Bill 115 unconstitutional.

“We are pleased to finally have reached agreement on monetary recognition that the Ontario government violated our basic Charter rights,” said Terri Preston, chair of the union’s education sector coordinating committee, who led the remedy talks alongside CUPE’s Jim Morrison. “Bill 115 should never have been introduced in the first place. Justice Lederer’s decision gave us the ability to negotiate redress for our members.”

The negotiated deal will provide for $56.7 million, to be paid out over an agreed amount of time, if CUPE education workers ratify it. Ratification votes will be held across the province by the end of June.

“CUPE’s interest in this was clear from the start,” said Mark Hancock, CUPE National President. “Even before the Bill 115 case was heard, CUPE took the lead in pushing the Saskatchewan Federation of Labour case forward. In that case, the Supreme Court of Canada found the Saskatchewan government had gone too far in its attempt to ban strikes. In the Bill 115 case, we argued – and Justice Lederer agreed – that in giving the Ontario government the ability to prohibit strikes, the Bill violated the Charter. Taken together, these cases are building a strong body of jurisprudence in Canada that confirms workers’ Charter right to freedom of association. Now, with this remedy settlement, we can clearly say to governments, if you violate workers’ rights, it will cost you. CUPE is proud to be on the frontline of these efforts.”

The Bill 115 court challenge was filed in 2013 after Bill 115 stripped Ontario education workers of their right to bargain collectively. In CUPE’s case, in addition to banning strikes, the Bill lumped CUPE members’ interests in with those of teachers, even though the union could only bargain on behalf of its members. The challenge was postponed in 2014 and then resumed in December 2015.

“The court validated our position that Bill 115 was a gross overreach that trampled basic freedom‑of‑association rights,” said Fred Hahn, president of CUPE Ontario. “Justice Lederer wrote that the impact of Bill 115 was ‘not just on the economic circumstances of education workers but on their associational rights and dignity, autonomy and equality that comes with the exercise of that fundamental freedom.’ The ruling and this remedy settlement combined send such a clear message to governments: do not interfere in free collective bargaining. Do not mess with workers’ rights.”

CUPE asks any members who were employed in the education sector between 2012 and 2014 to be in touch with their local union for details of the deal and eligibility for remedy payment.