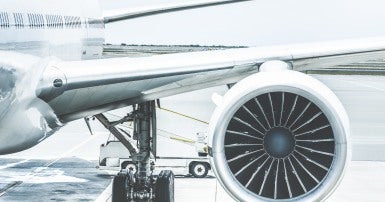 The Airline Division of CUPE is deeply concerned about the safety and well-being of two of our members - flight attendants at Pivot Airlines - who are being held in the Dominican Republic, along with two pilots and a mechanic.

The entire crew is currently being held after discovering 200 kg of suspected contraband inside their plane and immediately reporting it to Dominican authorities and the RCMP on April 5. In doing so, the crew prevented a possible onboard fire, and a probable air disaster resulting from the added weight and unsafe location of the contraband on the plane.

The crew was released after spending 10 days in detention but are being barred from leaving the country, and have been assigned a security detail and are being regularly relocated due to threats to their safety and well-being.

“Our members followed the rules and did everything by the book, and yet this still happened, which is gravely concerning,” said Airline Division President Wesley Lesosky. “The continued threats and prosecution of the Pivot Airlines crew raises serious concerns for all Canadian travellers and employees travelling to and working in the Dominican Republic.”

Despite immediately following all relevant local and international laws and regulations, Dominican authorities have indicated the crew could be held in the country for up to 12 months as the investigation runs its course.

“This is completely unacceptable,” said Lesosky. “We remain extremely concerned for the safety and security of our members, and we will continue working with Pivot, as we have since day one, in our fight to bring our members home.”

CUPE National President Mark Hancock recently signed a letter along with Pivot, Unifor and ALPA calling on the federal government to do everything in its power to bring our members and the entire flight crew back to Canada. You can read the letter here.