Contractors to blame for problems with new trash pick-up 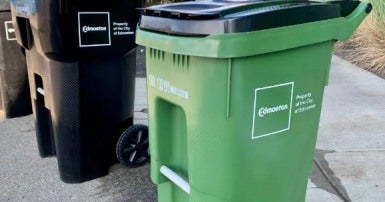 The President of the union representing city waste collectors is pointing the finger at a third party contractor for the lack of garbage collection at 13,000 Edmonton homes this week.

Many homes in the southwest end of the city did not have waste collected on their scheduled day last week as part of the city’s new cart rollout.

“Some news reports, and some citizens, have been pointing the finger at city workers, but that’s not fair or true,” said CUPE 30 President Eric Lewis.

Lewis said that while the problems with pick up will get sorted out in time, he expects further problems to pop up in the future.

“When you privatize services, you pay less and get shoddy service. Accountability is lowered, and residents end up grumpy and unhappy over and over.