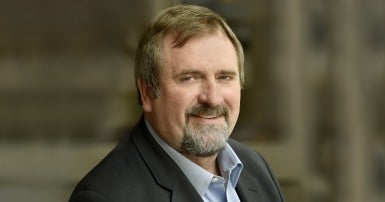 It feels like just a few months ago that we were in the election campaign that saw Stephen Harper’s decade-long reign over Canada come to an end. But believe it or not, we’re headed back to the polls on October 21st to elect a new government.

What’s at stake for CUPE members in the coming federal election? What do CUPE members, their families, and their communities need from the next federal government?

We know that quality public services keep our communities strong. But in order to have quality public services, everyone needs to pay their fair share. Fifty years ago, corporations paid 70 cents of every federal tax dollar. Today, they pay less than 50 cents, while federal supports for housing and infrastructure have been stagnant. If we want a government that will invest in the future of our communities, then we need a government that is willing to make corporations start paying their fair share again.

We know that climate change is the biggest challenge facing current and future generations. At the same time, a climate change plan that doesn’t take care of working people isn’t worth the paper it’s written on. We need a government that puts workers and communities at the centre of their climate plan, and ensures there’s a just transition to a cleaner, greener economy for everyone.

We know that, no matter where you live in Canada, life is getting less and less affordable. Every month, half of all households in Canada are within $200 of going into financial collapse. We need a government that’s willing to make major investments in things like affordable housing and public transit, to help make life more affordable for working people.

We need a government that’s willing to invest in the health and well-being of Canadians. And while we are all proud of our universal public health care system, we also know that too many Canadians can’t afford their medication. We need a government with the courage and vision to create a national pharmacare program to help the hundreds of thousands of Canadians who are forced to choose between buying groceries and paying their bills and paying for their essential medications.

This October, let’s choose a government that will put our priorities—the needs of everyday people—at the centre of their decision-making.