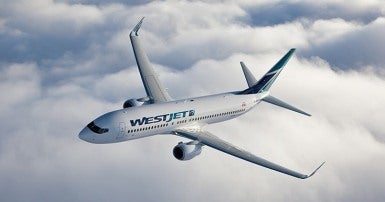 If ratified, agreement will cover over 3,100 cabin crew

CUPE and WestJet have reached a tentative first collective agreement for mainline cabin crew. CUPE 4070 represents over 3,100 cabin crew members at the airline.

CUPE has represented cabin crew at WestJet since July 2018. The parties have been engaged in collective bargaining towards a first union contract since April 2019.

CUPE 4070 President Chris Rauenbusch called this “an unprecedented achievement at the height of trying times for our industry.” Rauenbusch noted that COVID-19 travel restrictions and layoffs made achieving this milestone “a monumental task.”

“In the past year, over 90% of our members have been grounded due to the pandemic,” said Rauenbusch. “To achieve a constructive tentative agreement in this environment is remarkable.”

“I am incredibly proud of the work done by both our union and our bargaining committee, particularly in such a challenging context.” commented Rauenbusch. “Though both sides bargained with tenacity, we believe WestJet has demonstrated a clear commitment to building harmonious labour relations moving forward,” concluded Rauenbusch.

Rauenbusch said CUPE will conduct a ratification vote in March. The union will not release details of the tentative agreement until union members have voted on it.

“Our membership is proud that we’ve been able to provide a safe travel option to Canadians who travel during this pandemic,” said Rauenbusch. “With this agreement, we are positioned to continue proudly providing professional, safe flights well into the future. The only mystery that remains is whether this government will ensure our industry survives.”