SkyTrain strike to begin with full shutdown on Tuesday 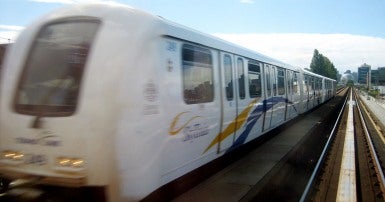 CUPE 7000 issued 72-hour strike notice Sunday after four days of mediated talks with the BC Rapid Transit Company (SkyTrain) and no significant progress made on key issues. The system shutdown will begin on Tuesday at 5 a.m. Normal service will resume on Friday at 5 a.m.

“We understand that this is a massive action that will cause a great deal of inconvenience to our passengers, which is why we hope we can still reach an agreement before Tuesday morning,” said Rebelo.

“We have been either at the table or in mediation for almost 50 days now, so it’s time to get a deal done.”