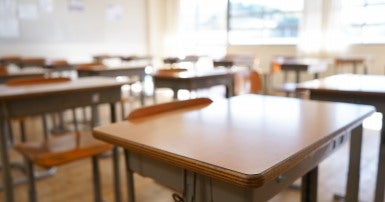 In an open letter to parents and families of Ontario’s schoolchildren, the union that represents 55,000 education workers has laid out the reasons that its members are preparing for potential labour disruption in September and asked for families’ support and understanding.

The letter cites students’ right to “a high-quality, well-supported, and well-rounded public education” as one of the primary reasons that CUPE members are taking part in strike votes immediately after students return to class.

The province-wide votes by rank-and-file CUPE members are scheduled to take place between September 3 to 15. A strong “yes” vote would give the union’s bargaining team – now in conciliation with the province and the Council of Trustees’ Associations – a mandate for job action if contract negotiations break down. Earlier this month, CUPE school board leaders approved a plan for job action.

The open letter is signed by Laura Walton, president of CUPE’s Ontario School Board Council of Unions, the designated bargaining agent for CUPE education workers. She calls the work of her fellow CUPE members “one of the cornerstones of public education” and states frankly that the union is preparing for job action, ranging from work to rule to rotating strikes to full strike.

Walton also paints a picture of students returning to schools that are very different from the ones they left last June.

“Because of the Ford government’s cuts to education, it’s likely that your child’s school has lost education workers,” she tells families. “Not enough education assistants to support children with special needs. Not enough custodians to keep schools clean and healthy. Not enough maintenance workers to tackle a backlog of repairs. Not enough school secretaries to monitor who’s in the building. Not enough psychologists, child and youth workers, or social workers to nurture vulnerable kids. Not enough music, language or arts instructors to connect students to the world beyond the classroom.”

Walton goes on to ask families for their understanding and support: “Yes, we want a better deal for our members – not just because we earn an average $38,000 a year, but because we have children too. And we believe that all families want and support the high-quality services that help children thrive and that CUPE education workers provide.”

Collective agreements for school board workers expire on August 31.