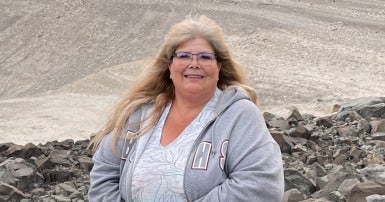 Hailing from Local 1099 representing school board and after-school workers in St. Albert, Alberta, Lee-Ann is a proud Métis woman, and a passionate activist for workers rights and equality of all people.

She has worked as an educational assistant since 2002 and has a long history serving her local as steward, chief steward, vice-president, and president. She is also General Vice-President (North) for CUPE’s Alberta Division.

Lee-Ann is an experienced activist, serving on the political action committees of both CUPE National and CUPE Alberta. Most recently, she has been involved in mobilizing efforts against anti-union legislation from Alberta’s conservative provincial government.