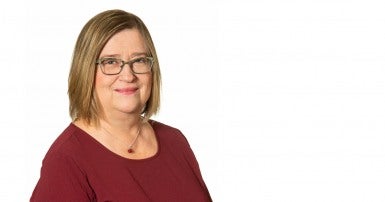 Judy Henley is a health care worker and proud member of CUPE 5430 from Melville, Saskatchewan. A CUPE member since 1982 with active involvement that began in 1985, she has served in many leadership roles within CUPE at the local, provincial and national levels.

In her home province, Judy is a CUPE Vice-President to the Saskatchewan Federation of Labour and the Secretary-Treasurer of the provincial division of CUPE – a position she has held since her interim appointment in July 2000 and elected thereafter since 2001. In addition to her many duties, she dedicates time to facilitate union financial officers’ training and she mentors newly elected members to the role of Secretary-Treasurer in their respective local.

Driven by a passion for the rights of workers to retire with dignity and her conviction that all workers should have access to good benefits and injury compensation, Judy remains an active member of the CUPE 5430 Pension and Benefits Committee and sub committees with the employer to ensure that the 13,600 health care members of CUPE 5430 in Saskatchewan can rely on the proper administration of their benefits and pensions achieved through bargaining.