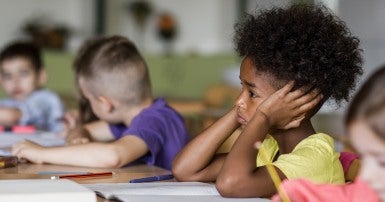 Recycled money and not enough new funding to improve school safety and supports for students: according to the union that represents 55,000 education workers in Ontario, these are the two major takeaways from the provincial government’s announcement yesterday of the 2021-22 Grants for Students Needs (GSN).

CUPE leaders offered this withering assessment after a review of the GSN’s “B memos,” through which the Ministry of Education provides funding to school boards for the coming school year.

“When the numbers are adjusted for higher enrolment, per-pupil funding is only up by 1.2%,” continued Walton. “Then if you factor in inflation, real per-pupil funding is down. School boards will be categorically incapable of making improvements to services or staffing based on this GSN funding.”

She noted that in Memo B07’s section on Continued COVID-19 Funding Supports, “there is no money designated for enhanced cleaning. This could mean schools going back to pre-pandemic practices, like every-other-day cleaning. There has to be specified funding for specified needs to make sure boards have the money to meet all needs in schools, including those created by the pandemic,” declared Walton.

Analysis of the details in the government’s GNS announcement reveals other sobering details of funding for school boards in the 2021-22 school year:

Walton also commented on $508 million to be accessed via school boards’ reserve funds: “In fact, this represents 31% of the $1.6 billion in resources to respond to COVID. It’s not new money and it stores up future trouble for school boards who have ‘unlocked’ their reserves. And never forget that much of those reserves were generated through understaffing, so it becomes yet another example of the Ford government’s promotion of poor fiscal practices.”