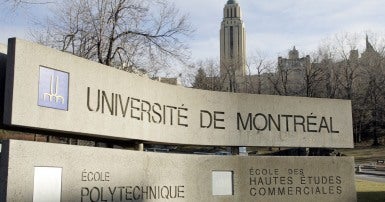 Tensions continue to rise at Université de Montréal where CUPE 1244, representing approximately 1800 members, is attempting to renew their collective agreement.

Last Tuesday, the employer presented a comprehensive and final offer to the union, which held a vote on the offer at a general meeting. The offer was rejected with 177 voting for, 435 against and 42 abstentions.

“We didn’t necessarily want to submit the proposal to the members, but we did it to get talks going at the bargaining table. We were hoping that the result of the vote would help the employer realize that the talks are not yet over and that it must offer wage increases equivalent to what was given to other unions,” said CUPE union representative Alexis Côté.

The union said the results came as no surprise and believe that the employer’s offers on monetary issues are less than what was agreed to with other groups in the same institution.