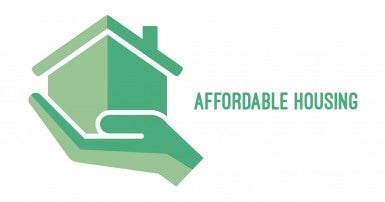 The Parliamentary Budget Officer (PBO) published an evaluation of the federal government’s National Housing Strategy in August and found that the strategy is falling short of its goals on a number of fronts. In terms of deeply affordable housing, once inflation is taken into account the planned spending for helping out low-income households has actually fallen by 15 per cent, and funding for new social housing units has fallen 42 per cent. As part of the National Housing Strategy, the Canada Mortgage and Housing Corporation (CMHC) has shifted to contributing capital to developers for new builds, rather than to provide ongoing affordability supports. This strategy has resulted in a much lower bang for our buck in terms of affordability, with every $1 in government spending only resulting in 38 cents of benefits for low-income renters. It also contributes to the financialization of rental housing, making investments in real estate even more profitable for investors, and housing less affordable for renters. Finally, there have been significant delays in getting money invested in projects, with only half of planned spending being allocated over the past three years. Clearly, relying on incentives to the private sector is a failed approach to building affordable housing, and the federal government should change course as soon as possible to avoid making the problem even worse.

A survey commissioned by the Broadbent Institute finds that an overwhelming majority of Canadians think that the pandemic made income and wealth inequality worse. A lucky few are profiting during the pandemic, and some big corporations are even taking advantage of programs intended to help those who are struggling. The good news is that Canadians also support a variety of tax measures to help address the growing divide, and 89 per cent even say that it could influence their vote in an election. CUPE and allies are working on making sure that tax fairness is an election issue, check out the campaign here.