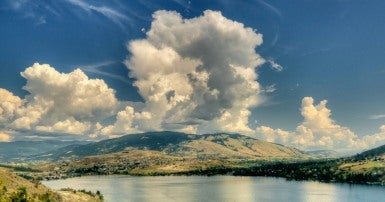 The District of Coldstream and CUPE 626, which represents municipal workers, will begin mediation on Monday after bargaining talks broke down in August, says the union.

The BC Labour Relations Board appointed mediator Grant McArthur to mediate contract talks between the two sides.

“Affordability is a real issue for our members, as it is for many residents of the Okanagan. We are hopeful we can find resolution through mediation and achieve a fair deal,” said CUPE 626 President Bryce de Dood.

Talks broke down in August when the district sought a five-year wage settlement that was lower than both the provincial average and surrounding municipalities. The union had already moved off of 10 key proposals to get a deal.

“We are confident we can get a contract that moves our members forwards, not backwards,” said de Dood.

The current agreement expired on December 31, 2018.

CUPE 626 represents some 335 municipal workers in the District of Coldstream, located just south of Vernon in the Okanagan. These include those who fix roads, do sewer and storm maintenance, provide planning, RCMP support services, administration, and park workers.