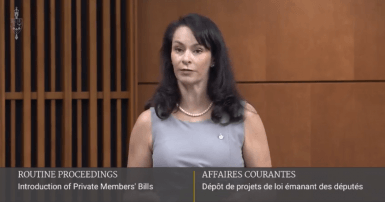 Bill C-312, the Canada Post-Secondary Education Act, would create a standalone Post-Secondary Education transfer and set out criteria that provinces would have to meet in order to receive the transfer. These conditions would include public administration, academic independence, and restrictions on corporate and donor control. These conditions would also include limitations on use of short-term contracts and other forms of precarious labour, and working progressively towards the elimination of tuition.

Federal transfers for post-secondary education are now 40 per cent less per student than they were twenty-five years ago. Public funding is now less than half of the revenue of universities in Canada, with tuition fees, private donations and corporate contracts making up the difference. As a result, student debt has grown enormously while work in the sector has become increasingly more precarious.

CUPE has long called for the adoption of a Canada Post-Secondary Act to address the crisis in post-secondary education, including most recently through the Our Time to Act Campaign. We welcome Ms. McPherson’s bill and call on all Members of Parliament to support this important legislation.