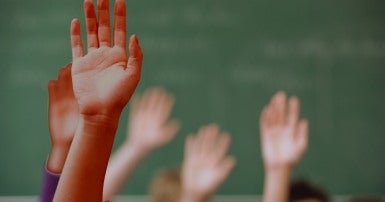 As the beginning of the school year fast approaches, Saskatchewan’s students and education workers are without a provincial plan for a safe return to schools, says the union representing over 7,000 education support staff.

“CUPE members working as education support staff are eager to return to classrooms – but they want to do so in a way that ensures everyone’s safety,” says Rob Westfield, an education support worker and chair of CUPE Saskatchewan’s Education Workers’ Steering Committee.

The Sask. Party government has refused to develop a province-wide plan, instead leaving crucial decisions to individual school boards. They have even refused to mandate universal masking in schools, although children born after 2009 are not yet eligible for vaccination. With so many students unable to be vaccinated, other tools for fighting COVID-19 remain as crucial as ever in schools: masking, ventilation, and thorough cleaning regimens.

The government’s refusal to establish clear guidelines on the use of these other tools flies in the face of advice from medical authorities including the Saskatchewan College of Physicians and the Saskatchewan Medical Association, which have called for universal masking to prevent the spread of COVID-19. On August 23, Education Minister Dustin Duncan was unable to answer even basic questions on CBC’s “Morning Edition” radio show about why his government has failed to follow the advice of medical experts to keep children and workers safe. The government’s failure to put together a strong plan for the return to school this fall endangers not only students and staff, but the entire province.

“The people of Saskatchewan need to ask their MLAs some hard questions,” adds Westfield. “Such as: What are you doing to protect our children and ensure that they can be educated safely? Why is the government underfunding education at such an important juncture? And why are you not concerned with the safety of frontline education support staff?”

In order to ensure that schools are safe for the staff who keep them running and, crucially, for the children who do not yet have the option to be vaccinated, CUPE members are calling on the province to implement clear standards for in-person education during this pandemic. These must include universal masking, a continuation of strengthened cleaning protocols, and well-functioning ventilation systems.

“We are disheartened at the lack of preparedness for the upcoming school year,” says Westfield. “But we know there are ways to fight the spread of COVID. And we need the government to step up to protect us all.”