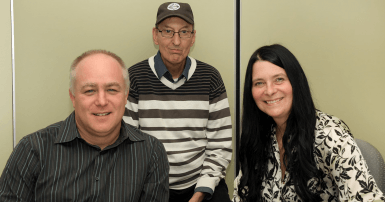 Members of the Conseil provincial des collèges of the Canadian Union of Public Employees have a new collective agreement with the Government of Quebec, which was signed on Monday afternoon this week. The new three-year contract runs from April 1, 2020 to March 31, 2023 and calls for wage increases of 2 per cent per year and an improved salary scale to take effect in 2022. In addition, improvements to working conditions will make it easier to attract and retain personnel.

“Central table negotiations”, which dealt mainly with wages, were conducted under the auspices of the Fédération des travailleurs et travailleuses du Québec (FTQ).

The other session involving the “sectorial tables” focused on other working conditions. The following gains were made:

“We are quite satisfied with the outcome of negotiations at both the sectorial table and the central table. Of course, all of our demands were not met, but we have not had increases and improvements on that scale for quite some time.  We’re hopeful that the improvements to both lower wages and starting salaries and the maintenance of premiums paid to specialized workers will mean that people will feel like coming back to work in the college network,” said Éric Gascon, president of the Conseil provincial des collèges of CUPE.