CUPE lays out priorities for Budget 2021 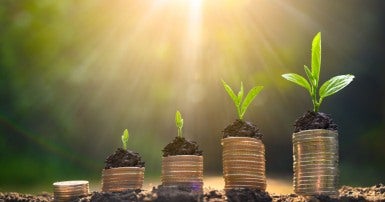 “Canada’s billionaires got $78 billion richer since the pandemic began, while our care system and essential workers got run into the ground,” said CUPE National President Mark Hancock. “It’s long past time for the federal government to start taxing these pandemic profiteers so we can fund the support so urgently needed by those suffering the most from the pandemic.”

The COVID-19 crisis has shown us just how out of date our system of care in Canada truly is.

Hundreds of thousands of people missed out on vital medication in the middle of a global pandemic because they couldn’t afford it or because they lost their jobs – or both.

The tragedy that swept through long-term care homes across Canada underscored the horrifying neglect that our broken, profit-driven system inflicts on vulnerable residents.

The pandemic’s devastating impact on women’s participation in the workforce has given new urgency to the need for affordable child care.

It’s clear that now is the time for the government to rethink how we care for one another – and make the investments needed to ensure no one is being left behind. For years, even decades, CUPE has been calling for the government to invest in pharmacare, long-term care, and child care for all Canadians – and Budget 2021 is the government’s chance to make it a reality.

“The pandemic has shown us how many people we’ve been letting slip through the cracks and the Liberals must not waste the opportunity with this budget to help working people and their families in Canada,” said CUPE National Secretary-Treasurer Charles Fleury.

CUPE is also keeping a watchful eye on how the Canada Infrastructure Bank will play into the government’s economic stimulus plans. Currently, the Bank is set up to leverage public infrastructure for private profit, a mandate CUPE has opposed since day one.