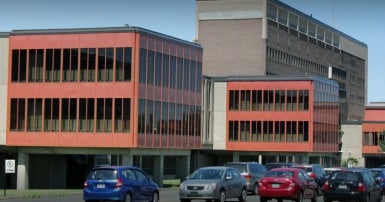 CUPE 2960, representing workers at the Institut Philippe-Pinel, is concerned about a major lapse in protocol following the Thursday, April 22 discovery of a planned revolt in the F2 unit, which is dedicated to adolescents with a high risk of violent behaviour. Six adolescents were involved. Improvised weapons and makeshift belts had been set aside in anticipation of a hostage taking that would have led to an attempted escape.

After similar incidents at the Institut in 2011 and again in 2018, the Joint Occupational Health and Safety Association in the social affairs sector (ASSTSAS) specified protocols to be used in the event of future incidents. In specific, they called for a complete debriefing to be held within 72 hours in a joint setting involving the employer and employees. However, in this case, the debriefing took place on Monday, which was outside this 72-hour window, in the form of a one-way information session, not an actual joint work session.

“It is a well-known fact that work at the Institut is dangerous, which regularly garners headlines. For us to be able to pursue our vital mission in spite of everything, it is necessary that all health and safety mechanisms be properly enforced to protect personnel, that the employer cooperate fully with the union and employees; and that lessons be learned from the past,” said Marie-Eve Desormeaux, President of CUPE 2960. “But now, instead of keeping things on an even keel, crisis management has created a lot of dissatisfaction and worry.”

On Monday, April 26, the union filed a complaint with the CNESST over this lapse in protocol.

“All of this is taking place in a context where we, as a union, have noted that our members are losing faith in the employer’s ability to protect them. This has resulted in resignations and contributed to the vicious circle of staff shortages. We’re losing our expertise right and left. We even fear that we’re no longer able to properly fulfill our mission as a highly specialized institute,” she added.

CUPE 2960 represents the some 700 employees at the Institut Philippe-Pinel, consisting of nurses, social therapists, specialized pacification and safety caseworkers (ISPS), a unit clerk supervisor, a janitor, food service attendant and an administrative officer.