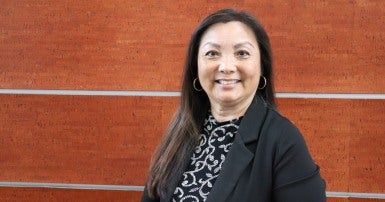 CUPE is elated with the news that Lily Chang, a member of CUPE Local 79, has been elected as Secretary-Treasurer of the Canadian Labour Congress (CLC).

“For the past three decades, I’ve been proud to serve workers and families in our movement, and I’m so excited to continue this journey as Secretary-Treasurer of Canada’s house of labour,” said Chang. “I am so honoured and humbled by the confidence that delegates put in me this week. We have a monumental task ahead of us as we rebuild in the wake of COVID-19, but I am excited for the work ahead.”

Chang brings three decades of experience as a union activist and leader to the table, and CUPE has been proud to support her candidacy since day one.

“Lily is a determined activist and an inspiring leader in our movement,” said CUPE National President Mark Hancock. “We’re so lucky we will have Lily on the CLC executive. Our house of labour could not be in better hands for the years to come.”

Lily began working as a social services caseworker for the former municipality of Metropolitan Toronto in 1989, where she saw firsthand the impacts of inequality on the families she supported.

She became a steward for her union, CUPE Local 79, where she mobilized members to tackle a staggering wage gap between caseworkers at the city and those working for the provincial government, and later for wage harmonization and pay equity within the amalgamated City of Toronto.

Lily, always having a knack for numbers, was elected Treasurer of her local in 2005. In her thirteen years as Treasurer, Lily oversaw a revitalized strike fund, implemented strong financial practices, and led an IT overhaul that involved a new website and member portal system. While managing staff, as well as service and maintenance contracts, she also led the acquisition of the local’s own building in downtown Toronto, further solidifying the financial position of the organization.

“Experience, creativity and determination are all so important in this role - traits we know Lily has in spades,” said CUPE National Secretary-Treasurer Charles Fleury. “Being secretary-treasurer is a challenging position, but we know she is ready to hit the ground running!”