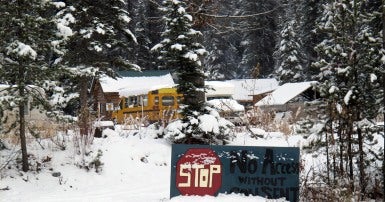 Police intervention will not resolve the dispute in traditional Wet’suwet’en territory – respectful and honest dialogue is the only path to a resolution. For this reason, CUPE calls on all parties to resume meaningful discussion, as soon as possible.

CUPE is especially troubled by the creation of an exclusion zone within unceded Wet’suwet’en territory that has prevented journalists and legal observers from witnessing events. Trade unionists would never accept those conditions on a picket line. We were also dismayed to hear that police have prevented Indigenous women from carrying out ceremonies, as they have always done, on their own land.

In a fundamental way, the situation is quite simple: the Wet’suwet’en are the traditional custodians of their land and they must be consulted in a meaningful way for any development to proceed.

This cannot be resolved by the enforcement of a court injunction, and there can be no reconciliation without a respectful and meaningful resolution to this dispute.