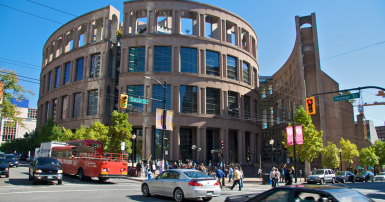 CUPE 391 members who work at Vancouver Public Library (VPL) ratified a three-year agreement with the employer on July 21. The settlement followed a challenging round of bargaining that concluded on July 6. The VPL board and the City of Vancouver have also ratified the new agreement.

“We are pleased to have reached an agreement that reflects our members’ commitment to reconciliation, equity, and inclusion,” said CUPE 391 President Kari Scott-Whyte. “New provisions for cultural leave, Indigenous representation, and trans-affirming care leave are a positive step in recognizing and supporting the diversity of our membership, and will serve as building blocks for future bargaining rounds.”

The agreement, retroactive to January 1, 2020, remains in effect until December 31, 2022. The compensation package was structured to be inclusive of Part-Time and Auxiliary workers, a priority for the local as almost half of the membership do not have the security of a full-time position. The collective agreement includes wage increases of 2 per cent each year as well as improvements to lay-off provisions.

Scott-Whyte noted that the past year has been incredibly challenging for library workers, as it has been for many others. She pointed out that members were disproportionately impacted by City of Vancouver lay-offs in March 2019.

“Citizens were deprived of full library services for a significant amount of time,” said Scott-Whyte, citing stories from the public that illustrate the critical community connections that library workers provide, especially during times of adversity.