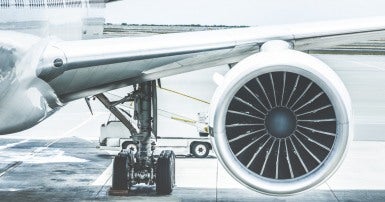 The Canadian Union of Public Employees (CUPE) Airline Division, which represents 15,000 flight attendants across Canada, is calling on the federal government to recognize the role airline workers have played during the COVID-19 crisis, and support them while their industry weathers the economic turmoil that the pandemic has caused.

“Flight attendants are safety professionals first and foremost. When the prime minister told Canadians it’s time to come home, Canada’s flight attendants answered the call and were there to help get Canadians home safely, putting ourselves and our families at risk,” said Julie Roberts, a flight attendant with Air Transat and president of CUPE’s Airline Division. “But now, after dozens of our members got sick with COVID-19 and thousands more lost their jobs, we need help and the federal government is nowhere to be found.”

First and foremost, the federal government needs to step in and ensure that airline workers have jobs to come back to once the pandemic is over. The union is proposing that, in the meantime, the government work with the sector to create a work-sharing arrangement, where flight attendants are permitted to work available shifts, while receiving an Employment Insurance benefits top-up to keep themselves whole during the crisis.

“Approximately 11,000 flight attendants in Canada are out of work right now, and it’s clear the Canada Emergency Wage Subsidy (CEWS) program isn’t doing what it was supposed to,” said Roberts, noting that the bulk of the layoffs came at Air Canada, which announced it was abandoning the CEWS program in early May.

The union is also calling for a made-in-Canada solution to persistent shortages of personal protective equipment that continue to jeopardize the safety of flight attendants, who work in confined spaces where physical distancing is impossible for hours at a time.